Turmeric was one of the predominant spices I came across in Delhi at Khari Baoli, Asia’s oldest wholesale spice market. Known as Indian saffron, turmeric is a bright yellow/orange aromatic rhizome that is mildly spicy with a slight bitter flavor. A close relative of the ginger family, the turmeric root dates back nearly 4,000 years to the ancient Vedic culture of India. Due to its vibrant pigment, it is used in religious ceremonies and as a coloring agent for fabric and foods. 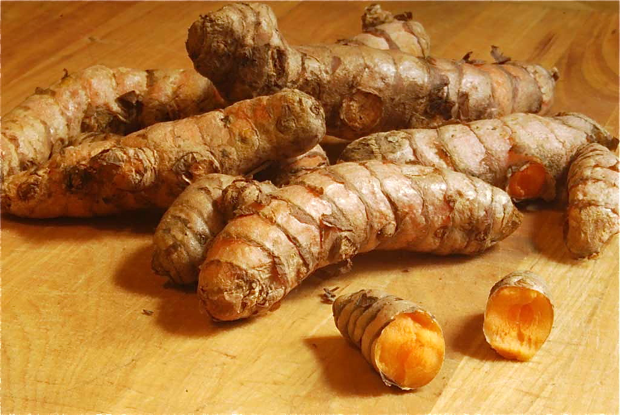 Throughout history, turmeric has also been considered to be a natural remedy for a multitude of ailments. Recently, this miracle spice has gained much hype for its medicinal value due to claims that its main active ingredient, curcumin, helps prevent the onset of dementia and Alzheimer’s disease. When dried and ground into a powder, it is a spice that also contains powerful antioxidant properties and is an excellent anti-inflammatory agent. With all its health benefits, one can’t help but consider curcumin as a nutritional supplement or, better yet, to eat more turmeric based dishes.

In the kitchen, turmeric is a key ingredient in many Indian, Middle Eastern and Southeast Asian dishes, commonly used to make curries and/or as a base for marinades. A versatile spice with peppery undertones, it can be used fresh or in dried powder form. It complements most poultry, seafood, legume and rice dishes by giving them a warm golden hue and a hint of earthiness. 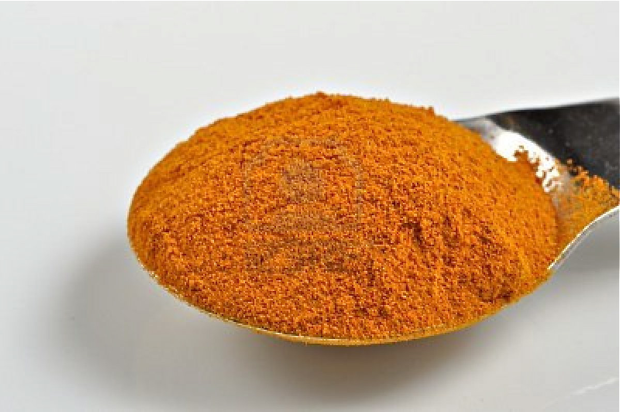 One of the more popular Northern Indian dishes originating from Pakistan that highlights turmeric’s fantastic color and aromatic flavor is Tandoori Chicken. The meat is marinated in a complex turmeric-based spice mixture (masala) with yogurt, then roasted in an extremely hot charcoal fired tandoor oven. The result is an amazing smoky flavored chicken that is super tender and flavorful. My version of this iconic dish is adapted for the grill and is the next best thing to using a tandoor oven.  It also works well with pork and seafood, too. 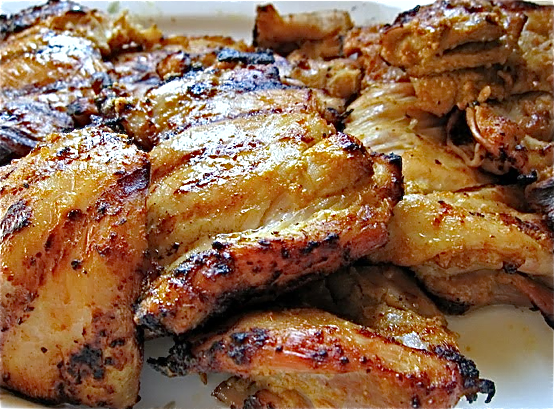 Instructions:
Use the tines of a fork to poke holes in the chicken to allow the marinade to penetrate. Place the chicken in a nonreactive large, shallow dish or a sealable plastic bag.

In a medium nonreactive bowl, combine the yogurt, lemon juice and all the remaining spices. Stir until well-mixed, then pour the mixture over the chicken and rub it into the flesh, turning the chicken several times. Cover and refrigerate overnight. Remove the chicken from the refrigerator 30 minutes before grilling.

The chicken may be grilled or roasted. If using a charcoal grill, prepare a fire for direct-heat cooking. Position the grill rack 5 inches from the fire. Allow the coals to burn until white ash covers them and the heat is moderate.

Remove the chicken from the marinade, shaking off excess marinade, and brush with oil. Place the chicken pieces on a well-oiled grill rack and grill, covered, with the vents open, turning 3 or 4 times, 45 minutes or until the juices run clear when a piece is pierced near the bone with a knife.

If broiling, preheat the oven to broil. Place the chicken on a rack in a roasting pan, brush with oil, and broil until crispy brown, 5 to 7 minutes and then turn the chicken pieces over and broil on the other side until golden brown. Turn the oven to 350ºF and continue to bake the chicken until the inside is cooked through, 10 minutes. The juices will run clear when a piece is pierced near the bone with a knife. Transfer the chicken to a platter, garnish with onions, lemon wedges and cilantro.