When I first moved to Singapore, I instantly became enamoured with roti prata, a fluffy, crispy, griddle bread. I would seek this savory snack every time I entered a hawker center. After consuming way too much of this addictive treat, I admitted that it wasn’t the most healthy of snacks, since it’s typically loaded with trans-fat-laden margarine. Discouraged but not defeated, I made a point to seek a better option…to either eat the best handmade roti I could find, or to make my own. 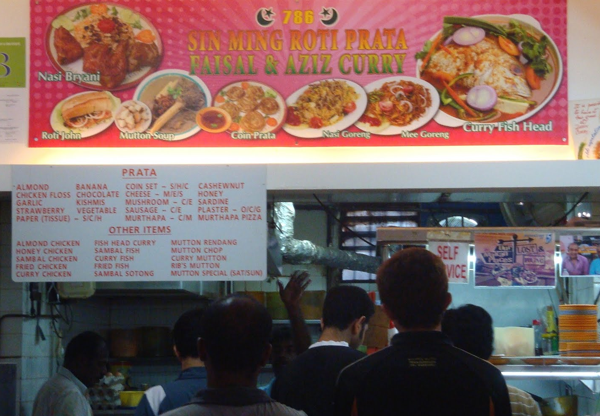 With roots in Chennai in Southern India, roti prata is a variation of paratha, an Indian flatbread introduced by influx of Indians to Malaysia and Singapore in the early 19th century. Typically eaten at breakfast or a late night snack, roti is an integral component in Singapore Indian cuisine and has become a staple in hawker stalls and food courts everywhere. Traditionally eaten alone or served with a bowl of chicken or fish curry for dipping, roti has evolved into a dish that is served anytime of the day and can be served plain or filled with savory and sweet fillings such as: egg, cheese, onion, and chocolate. 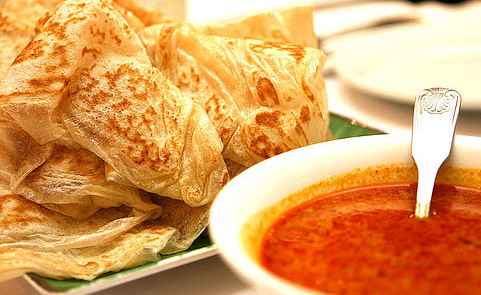 I find that roti prata’s appeal not only lies in it’s buttery flavor and layered crisp, chewy texture, but it’s theatrical presentation when being prepared. The simple wheat dough enriched with butter/margarine, water, salt and sometimes condensed milk, is repeatedly kneaded and allowed to rest before being stretched and flipped to create a translucent paper thin dough. It’s then generously brushed with ghee (clarified butter), folded into a square or rolled thin, coiled, and fried on a hot griddle until puffy and crispy brown. 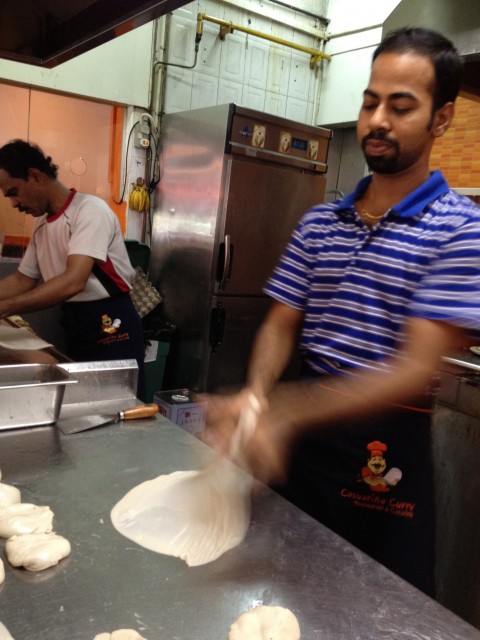 It’s difficult to find handmade roti dough in Singapore these days. Most roti prata vendors in Singapore have gone commercial and purchase pre-made factory dough for ease and cost effectiveness.  The answer is to take time to make your own flaky roti or seek out the few artisans that still make roti dough by hand. 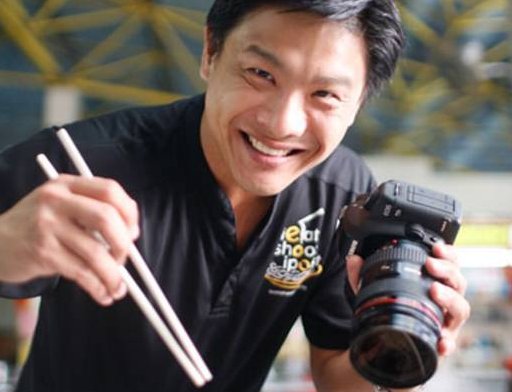 Leslie Tay, Singapore’s talented physician come world class food blogger recommends in his blog “ieatishootipost” one of his favorite prata shops: Mr. Aziz’s Sin Ming Roti Prata. Supposedly one of the few places in Singapore that has passed down their family recipe and still makes roti prata dough from scratch. As he puts it, “There is something about dough that is mixed and kneaded by hand that gives it that special taste….it is getting hard to find Pratas like these and this type of Prata should rightly be called Artisanal Pratas.” With that in mind, I’m either making a batch of roti dough this week or guess where I’m going for an afternoon snack?

Place the flour, salt and condensed milk in a large mixing bowl of a standing mixer with a dough hook. Add the hot water a little at a time to the dry ingredients while the machine is mixing on low. Once all the water has been added, increase the speed of the mixing and knead for 20 minutes. The dough should be stretchy and smooth. Remove the dough hook, cover the bowl of dough with a damp towel and let rest for 1 hour.

Divide the dough into 12 to 14 pieces and roll the balls of dough in ghee. Place the doughs in a covered container and set aside overnight or  for at least 4 hours. Do not refrigerate.

To knead the dough, rub a generous amount of vegetable oil on a clean work surface. Rub oil on your hands, take a ball of dough and use the heal of your palm to flatten the dough into a thin round circle. Stretch the flattened dough with your finger tips and gently pull until the dough is paper thin, being careful not to tear the dough. Brush the thin dough with melted ghee and gently fold in the 2 sides of dough allowing the edges to meet in the center. Pull the bottom and top sides of the dough to the center allowing to overlap a bit in the middle to form a packet. Flatten the dough again with the heal of your palm. Repeat with the remaining balls of dough.

To cook, heat a large nonstick skillet or griddle over medium heat. Add 1 tablespoon of ghee to the hot pan and place 1 packet of dough seam side down on the hot pan. Fry until the dough is crisp and golden brown. Flip on the other side and cook until brown and slightly puffy, about 2 to 3 minutes per side. Remove and let cool for 2 minutes and then gently “fluff” prata with your fingers. Serve with chicken or fish curry. 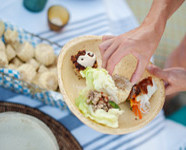 Asian Tapas on the Beach 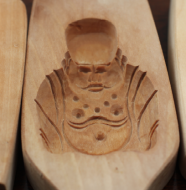 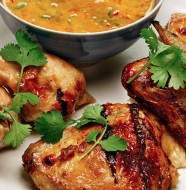